Estelle’s birth was a failed VBAC attempt.  We were devastated after our first C-Section with our son, which was performed inappropriately late after several days of labor, in an extremely insensitive manner by a doctor who was irate to be performing an emergency C-Section.  We were able to rebuild our bond rather quickly, but I was never able to leave behind the emotional trauma of what happened.  A year and a half later I found myself with a surprise pregnancy and entered a midwife practice.  The midwife turned me away from the practice, angrily, accusing me implicitly of being at fault for my son’s birth, and explicitly of trying to kill my daughter by even considering a VBAC.  Had I felt that a VBAC would be truly dangerous I would not have attempted one for an instant, but I distrusted the midwife’s medical judgment at this point and turned to you for a second opinion.

I was an emotional wreck by the time I entered your practice, which you tolerated graciously.

I spent the majority of labor outside of the hospital and came to you when it was clear that labor was not progressing appropriately and that something was wrong.  Your treatment of me during this time was amazing.  You were sensitive and compassionate as you explained my choices to me, assuring me that you would take care of our safety and asking me only to make the decision that would give me the most peace.  You told me that during the surgery you would allow my uterus to deliver the baby with the flow of contractions, rather than pulling her out forcefully.  You did not cut the cord until it had finished pulsating, and, when she was handed to me, I was amazed that she was still covered with vernix.  You delivered her so gently that she did not cry.  She was never taken from me.  All the while you were assuring me that I’d made the right decision; her position would have made her practically impossible to deliver naturally.

Those are the bare details; however, there was a sense of deep respect, for myself and my child, that you effused the entire time you were with me.  I will never be able to quite describe how deep an impression this made, or exactly how it was made.  There was something about your manner that had to be born from a deeply-rooted philosophy and respect for all persons.
When I called Estelle’s godmother, who has been blessed with natural births for all four of her children, she wept when I described Estelle’s delivery.
Thank you for the reminder.  God is working through you.  I am very grateful for all that you have done for my family.
Estelle will be one on February 13th.  She is remarkably affectionate, precocious, calm, and loving.  She has hit most milestones early and promises to be a real spitfire! She will be told the story of her birth as she grows older and instructed to continue the story: to love and to respect all those whom God has created.
Thank you so much again.  You and your family will be in my prayers. 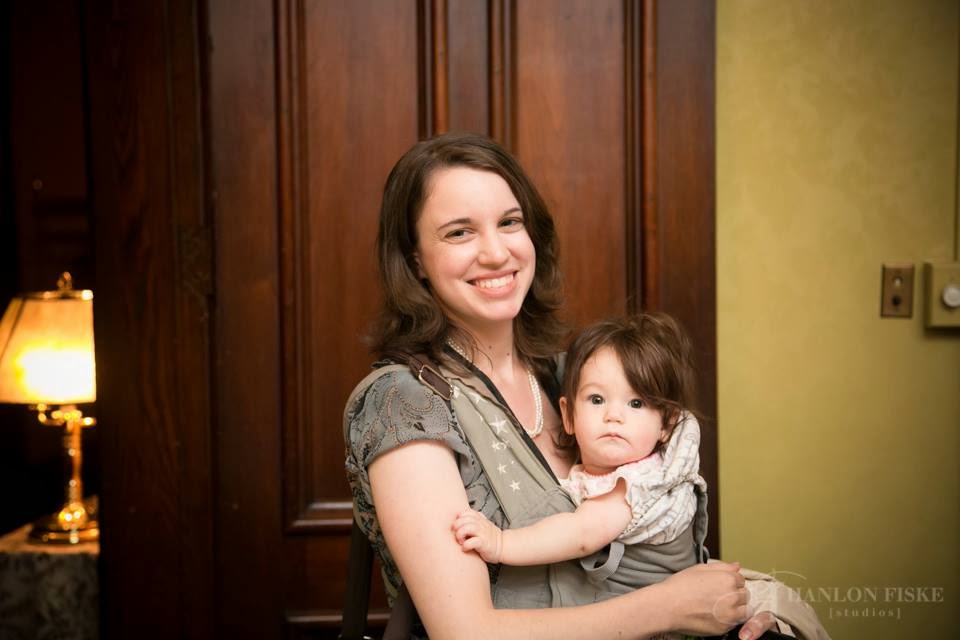