Hi Dr. Worth and Dr. Mussalli!! Finally, our long story…

At 39 weeks, I was eager to have our baby, but with doctors Worth and Mussalli both out of town for a conference on my due date, I was a little ambivalent! Dr. Worth said jokingly at my 39th week exam to keep the baby in until they returned. I had no idea that the baby was listening! Two and a half hours after my due date (2:30 am), and on the day that Drs. M and W returned to NY, I went into labor. Labor, by the way, was nothing as I’d thought! My husband and girlfriend were with me at St. Vincent’s – we labored for 20 hours, from 3 to 9 cm, but my contractions were not coming close enough and my uterus had not descended the baby down far enough to begin pushing.

Dr. M (who was on call that night) knew I was trying to achieve natural birth of our baby – suggested, but did not insist, on taking a light dose of pitocin at hour 22 or so to strengthen my contractions and move the baby down. I wanted to wait out the natural process even though I was in excruciating pain and incredible fatigue. About an hour more of this, I decided to try the pitocin. When it kicked in, the contractions were even more intense. After some time, Dr. M checked me and the baby had still not descended far enough. He suggested (over my moaning) to take stadol to get some rest and to allow the pitocin to get my uterus contracting more strongly, and when I awoke, I would be ready to push. At first, I turned this down too, but then decided to try it – I was extremely tired and hurting. The stadol kicked in immediately and I drifted off into deep sleep. When I began to come to, I saw Dr. M standing at the fetal monitors. I could vaguely feel my contractions. I willed myself to wake up and find out what was happening, was I ready? It took a few minutes to gain complete consciousness – I was out for only an hour but felt rested. Dr. M said we could try pushing.

We tried. And tried. I think there was some descending, but not enough. Dr. M told me that usually at this point, he would suggest the use of forceps. He said it in a very easy, non-pressure tone and let me reach my own decision. After a few more contractions and attempts at pushing (with Dr. M coaching me), I agreed to the forceps. At this point, I was just ready to have the baby born.

The next thing I knew, a crew consisting of a resident and a couple of other nurses came wheeling in the forceps “kit.” What I could remember was a huge tarp to cover the floor, a small plastic sheet for me to lay on, buckets, a cart with wheels, many utensils on the cart, Dr. M putting on plastic boot covers over his shoes and he was covered from head-to-toe in surgery gear. I wondered what I had just signed up for! So the process began. The baby’s head had turned, I heard the doctors say. Finally, Dr. M told me to push and I did. And again for the shoulders and I did. I felt the baby’s shoulders come out. I heard the baby cry. I heard my husband say, “It’s a boy!” I was too exhausted to cry myself but I smiled and said that I knew he would be a boy. My husband cut the cord. We were all overjoyed. Dr. M and the resident sewed up my tears. The baby was laid on my chest. He heard my voice and smacked his lips.

Since then I’ve seen a lot of smacking lips and other hungry signals from our baby Moss. He’s re-gained birth weight+ over the first 2 weeks. He is absolutely beautiful! The delivery wasn’t what I had planned – I stuck it out as much as I could for the natural birth. It was 30 hours total from the first contraction to the delivery. Dr. M even said that at any other hospital, I would have gotten a c-section (I’m a petite 5’0″ woman) – having given birth to an 8 lb baby!

Thank you Dr. Worth for seeing me through pregnancy! And thank you Dr. Mussalli for delivering our healthy baby boy!! I cannot thank you and your staff enough for, as promised, minimally invasive obstetrics and unhurried care. 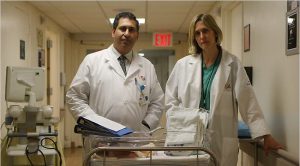 Drs. Mussalli & Worth in The New York Times 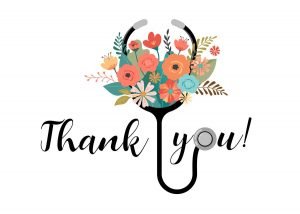 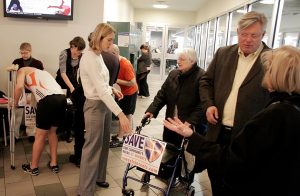 Village Obstetrics™ | Photography by Nina Drapacz or by our Village Ob patients | All rights reserved.