The greatest surprise of my adult life, so far, was learning that I was carrying twins. Having assumed I would be a low-risk patient, who at the end of ten months would have only one child, I was suddenly catapulted into a high-risk pregnancy with two.

Before this news, I had chosen Village Obstetrics because of their ‘minimally invasive’ birth philosophy, and because I felt a strong personal connection to Drs. Worth and Mussalli. I appreciated the practice’s low c-section rate, and I hoped to have an un-medicated vaginal birth. I learned over the course of my pregnancy that VOB’s birth philosophy is in no way limited to low-risk patients. In fact, the level of trust, care, and respect they give their patients, and their minimal approach to interventions, can be even more important in a high-risk pregnancy where anxiety is often high and interventions are routine.

It is rare to find doctors who listen as carefully as Drs. Worth and Mussalli do. I always felt heard and seen by them, not just as a patient but as a person. Throughout my pregnancy, they supported my desire for a normal vaginal birth, but in the end, we decided to proceed with a scheduled c-section. The trust I had in the doctor’s judgment overrode my disappointment at the mode of delivery.

Beforehand, I could not have believed that I would describe my c-section as “gentle”. And yet it was, in the doctor’s hands- both doctors were there. I knew they were an exceptional team from our prenatal care, but it was truly remarkable to see them work together during the surgery. They created a safe space in an otherwise alienating operating room. And I found their quiet, familiar, conversation at their end of the table deeply comforting. Dr. Mussalli coached me through the anesthesia with particular sensitivity to my fears (I had never had surgery before). Dr. Worth and Dr. Mussalli also worked seamlessly with our doula to facilitate the birth-plan requests I had made. Both of my girls were resting on me and reaching toward each other within minutes of their birth.

The doctors came to check on me in the hospital the next morning, carefully removing the wound’s dressing and helping me into a supportive bandage that made it easier for me to get out of bed and walk around. Every subsequent morning while I was in the hospital, at least one of them dropped in. They were clearly beloved by the nursing staff, two of whom admired my scar as being particularly neat.

The birth of my daughters was one of the greatest moments of my life. It felt intimate and awesome. I am particularly thankful to Dr. Worth and Dr. Mussalli because I am acutely aware of how traumatic birth can be in other hands, particularly in American hospitals. Village OB is an exceptional practice, which should be a model for all others. 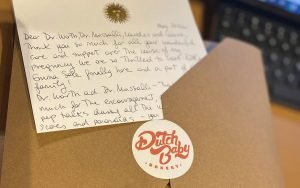 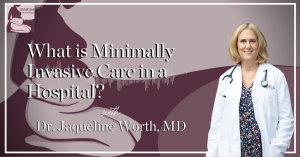 Minimally Invasive Care in a Hospital 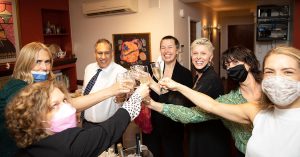