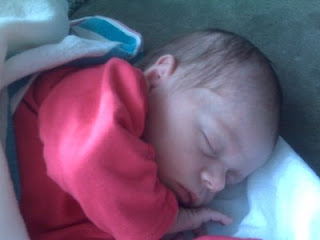 Contractions were steady between 3 – 4 minutes apart for about two hours and Kate decided she wanted to go to the hospital. This seemed like a wise idea to everyone as this was a VBAC delivery and Dr. Worth wanted to be very cautious. Despite their fatigue, both Kate and Mark were in high spirits, cracking jokes, and entertaining one another and their doula.

After a somewhat uncomfortable car ride, Kate, Mark, and Ayla arrived at St. Vincent’s at approximately 2 AM. At this point, it was determined that Kate was 1cm dilated and 60% effaced. At around 4 AM, Kate was given Demerol and the entire birth team took a short nap. It was still very difficult for Kate to breath through the contractions so over the course of the next two hours, Ayla coached Kate through breathing exercises to help her relax. By 6 AM Kate was breathing well and had found her power. Mark was helping by massaging her lower back during contractions.

At approximately 8 AM, Dr. Mussalli determined that Kate was 80% effaced, and the baby had dropped significantly. She was still only 1 cm dilated but Dr. Mussalli was not worried about this. He explained that sometimes the first 3 cm of dilation take a very long time but after this point the labor can go very quickly. He told Kate that they were not in a rush and that she would have all the time she needed to progress.

Dr. Worth came in an hour later and she too was very optimistic. Everyone was on board for a vaginal delivery but it was clear that this would likely be quite a long day. Dr. Worth also suggested an internal monitor so Kate could remove the external monitor and allow for more position changes. Wanting to be more alert, Kate and Sharon discussed the idea of allowing the Demerol to wear off and labor without any intervention before deciding to get an epidural. Kate was in adamant agreement. She bravely experimented with different positions on the bed and labored for one and a half hours before getting the epidural.

Dr. Mussalli came in to check on Kate and his calm, collected presence was very much appreciated by all parties. He continued to assert that there was plenty of room in Kate’s pelvis to go through with a vaginal delivery and that the baby was not too big. After discovering that Kate was about 4 cm dilated following a vaginal exam, Dr. Mussalli suggested Kate get a pressure catheter to measure the strength of the uterine contractions to ascertain why dilation seemed slow.

After a thoughtful discussion, with the unwavering advocacy of Mark, everyone agreed that it was best for Kate to continue to strive for a VBAC and that the next best step was to redo the epidural to see if she could get more pain relief. A success! Kate fell into a deep sleep and even though pitocin was conservatively administered at 7 PM, Kate continued to sleep soundly for the next 2 ½ hours without even waking during the contractions. Mark may have intended to rest, but he never took his eyes off the monitor and vigilantly watched each contraction as they increased in strength.

Finally Kate was fully dilated and ready to push. Kate saw her chance and was determined to push still not believing that the baby was heading in only one direction: out! Soon pushing was underway. Kate holding her own legs, Mark and Sharon stationed on each side supporting her, Kate led the way as only she could feel when a contraction was coming on. Dr. Worth and Rachel took turns guiding Kate with when and where to push. Kate was a natural pusher. Even with decreased sensation from the epidural, she knew to push low and strong. Kate even requested the epidural be turned off so she could feel more. After an hour and a half of beautiful pushes, on Oct. 21st, 2008, lovely Gwenneth joined her parents at 11:03 PM. 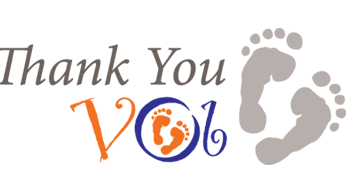